Everything they’ve done moves the brand in a premium, contemporary direction.

While the competitive set made cold brew by steeping coffee in cold water for 24 hours, which often results in a weaker coffee flavour profile. Second Cup re-thought the process. By brewing fresh coffee directly over ice Second Cup developed a superior product, which maintained all the characteristics of their carefully crafted blend.

Our positioning: Rethink the cold.

Like most new product launches, the best way for consumers to appreciate a product is to try it. We created an extensive experiential sampling campaign which featured custom-made cold brew trikes and urban street teams. In order to extend the appeal of the core product, we promoted the flash cold brewing process as well as the additional flavour options. We created multiple video assets with Canadian director Jamie Way, showcasing the flash cold brew process. Shot at nearly 1000 frames per second, this was definitely a cool project. 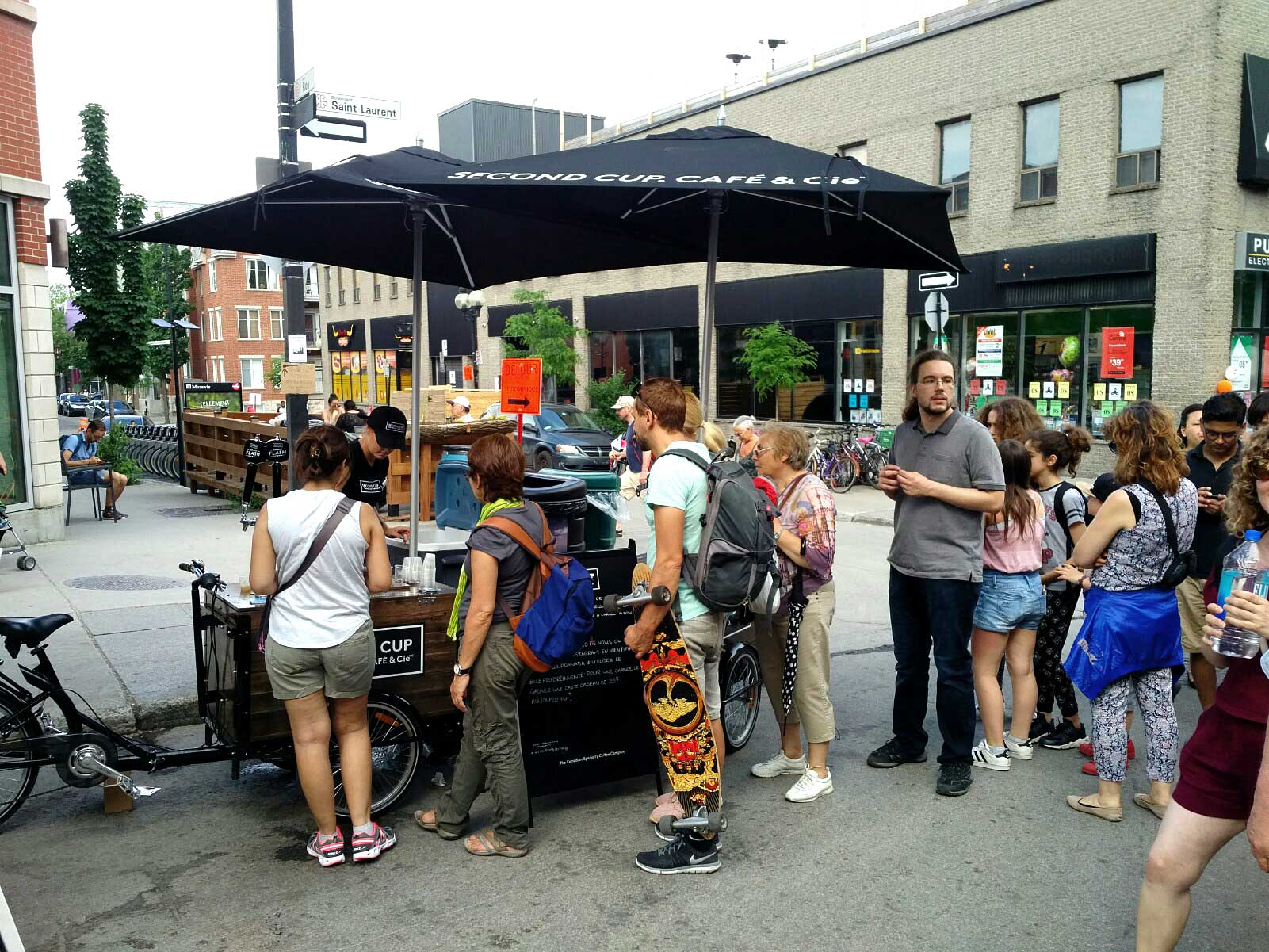 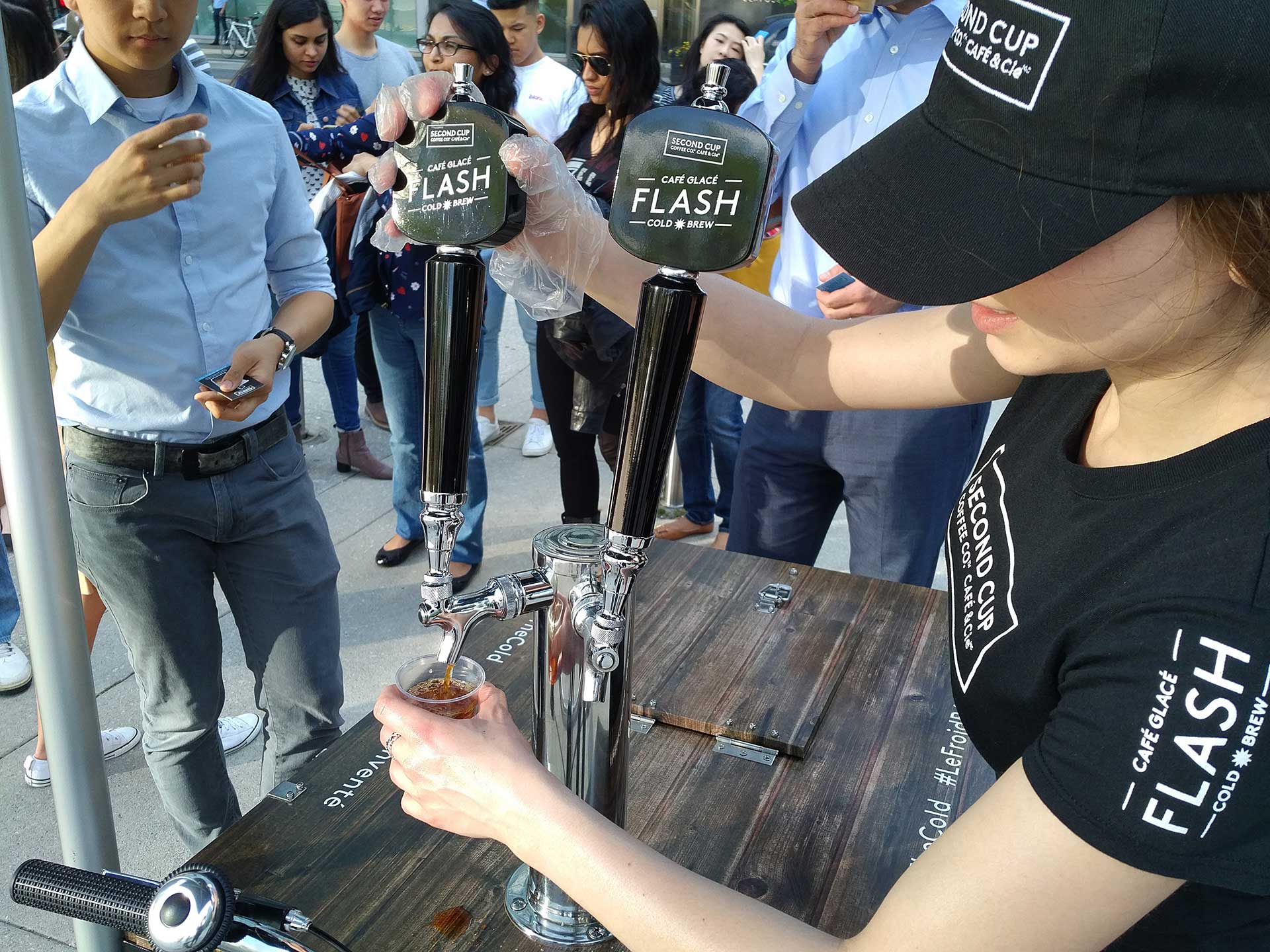 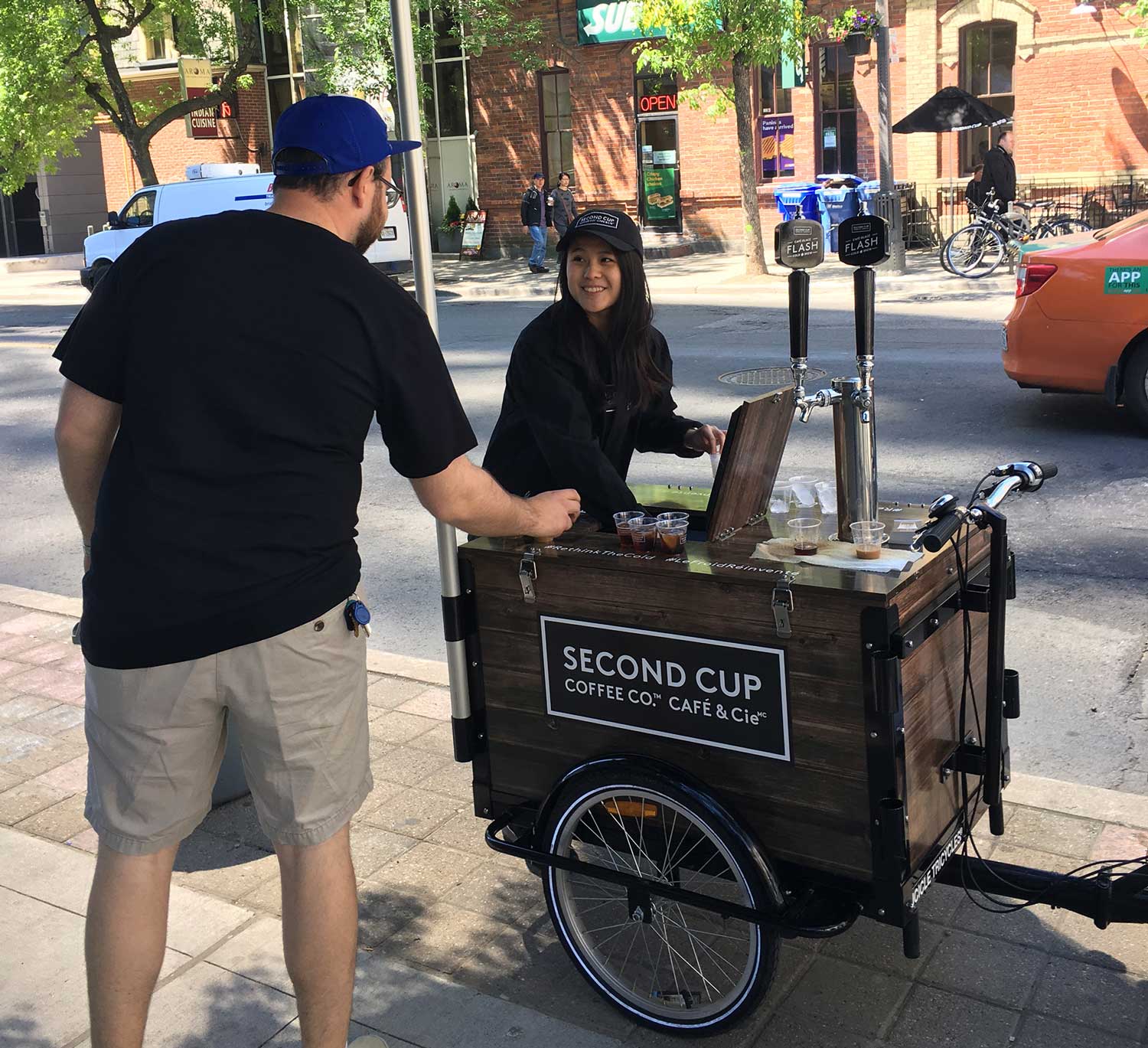 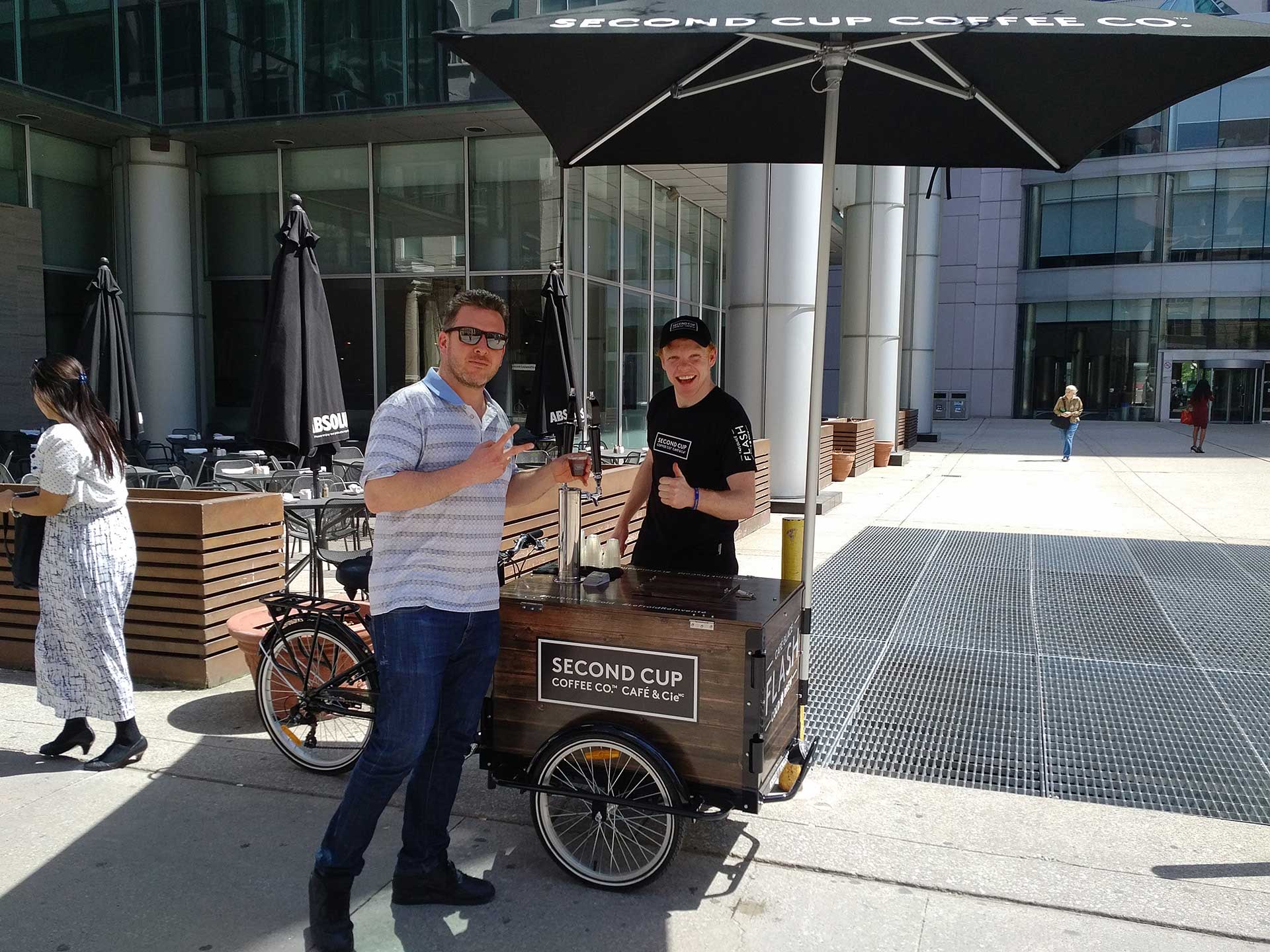 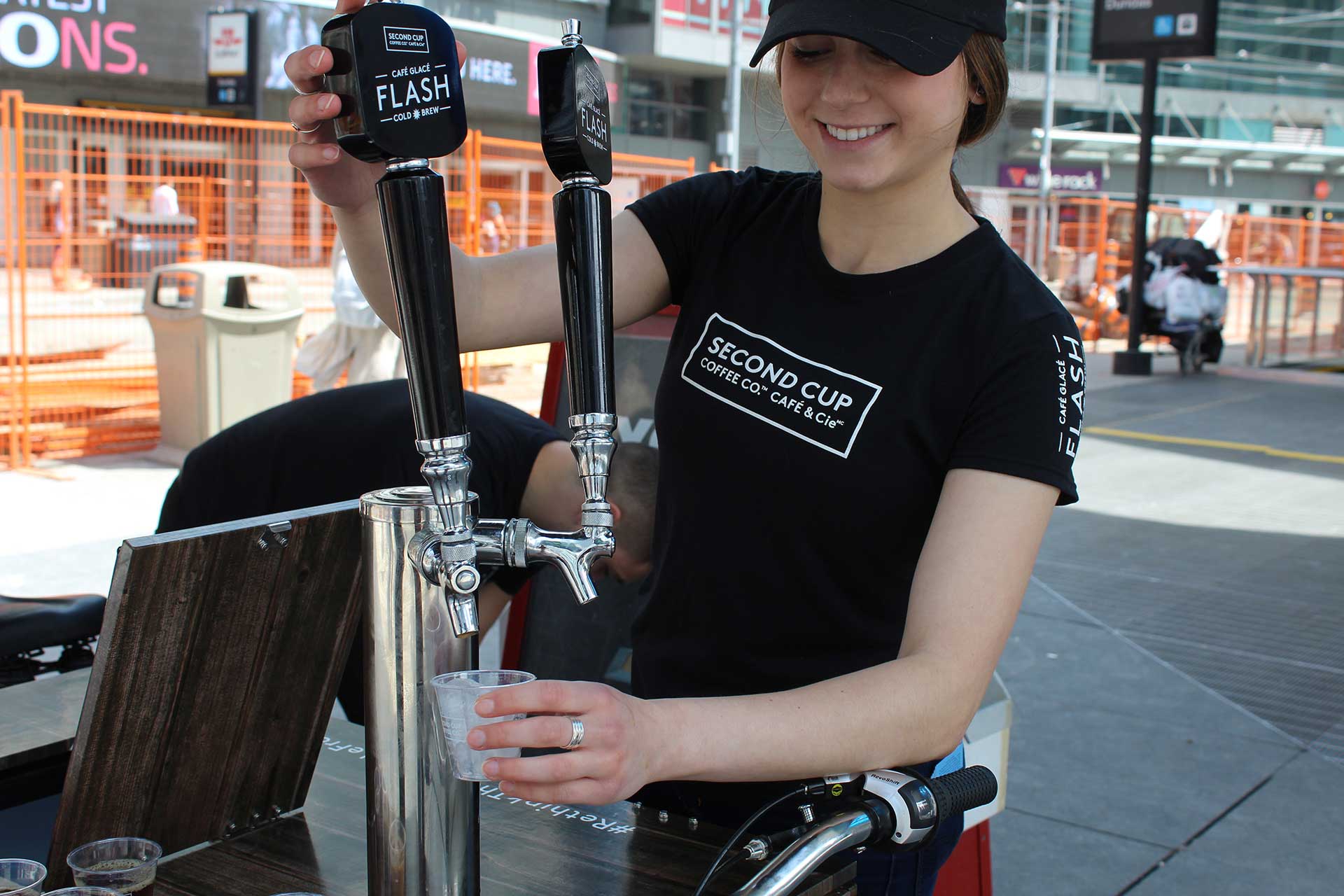 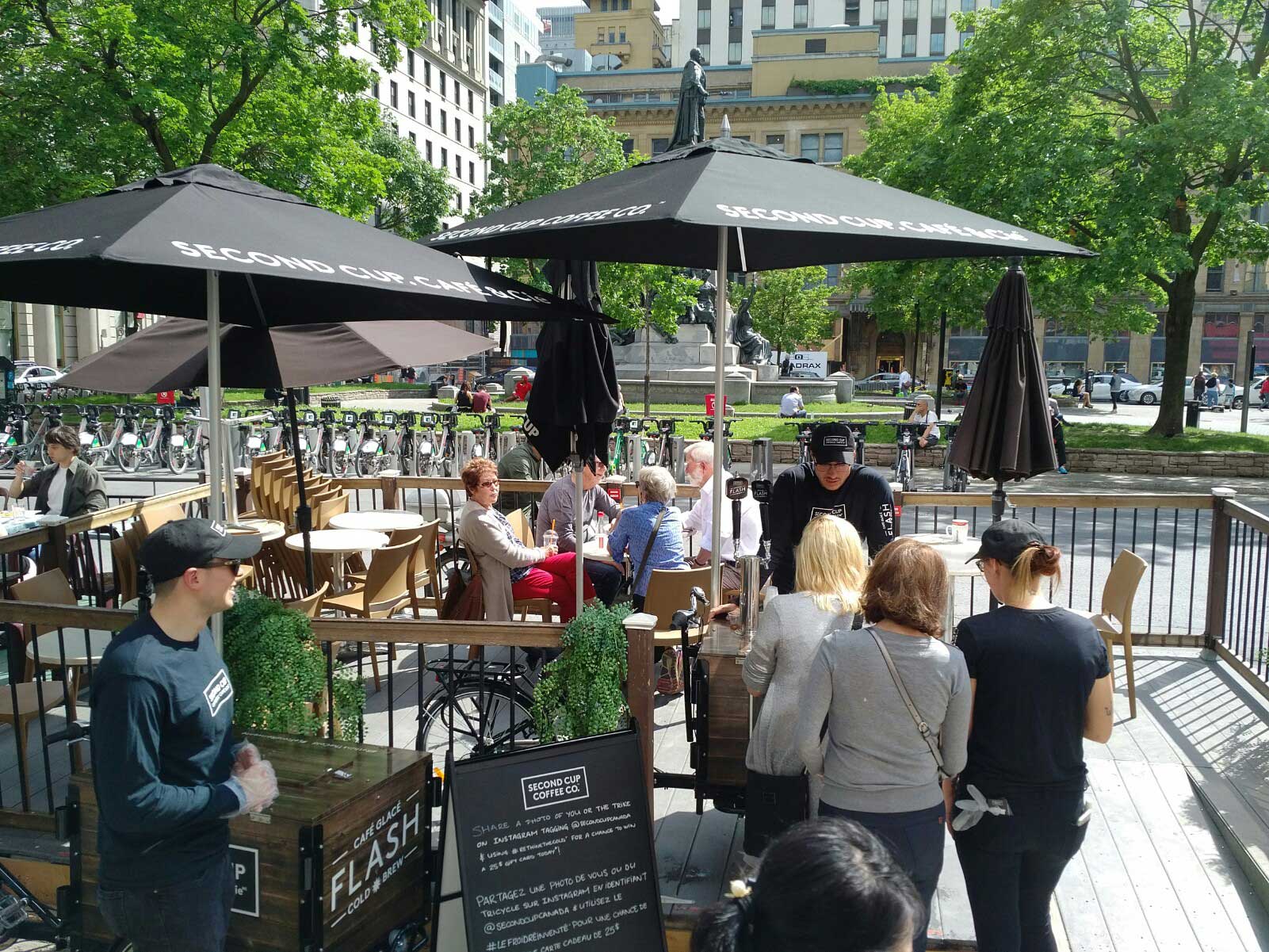 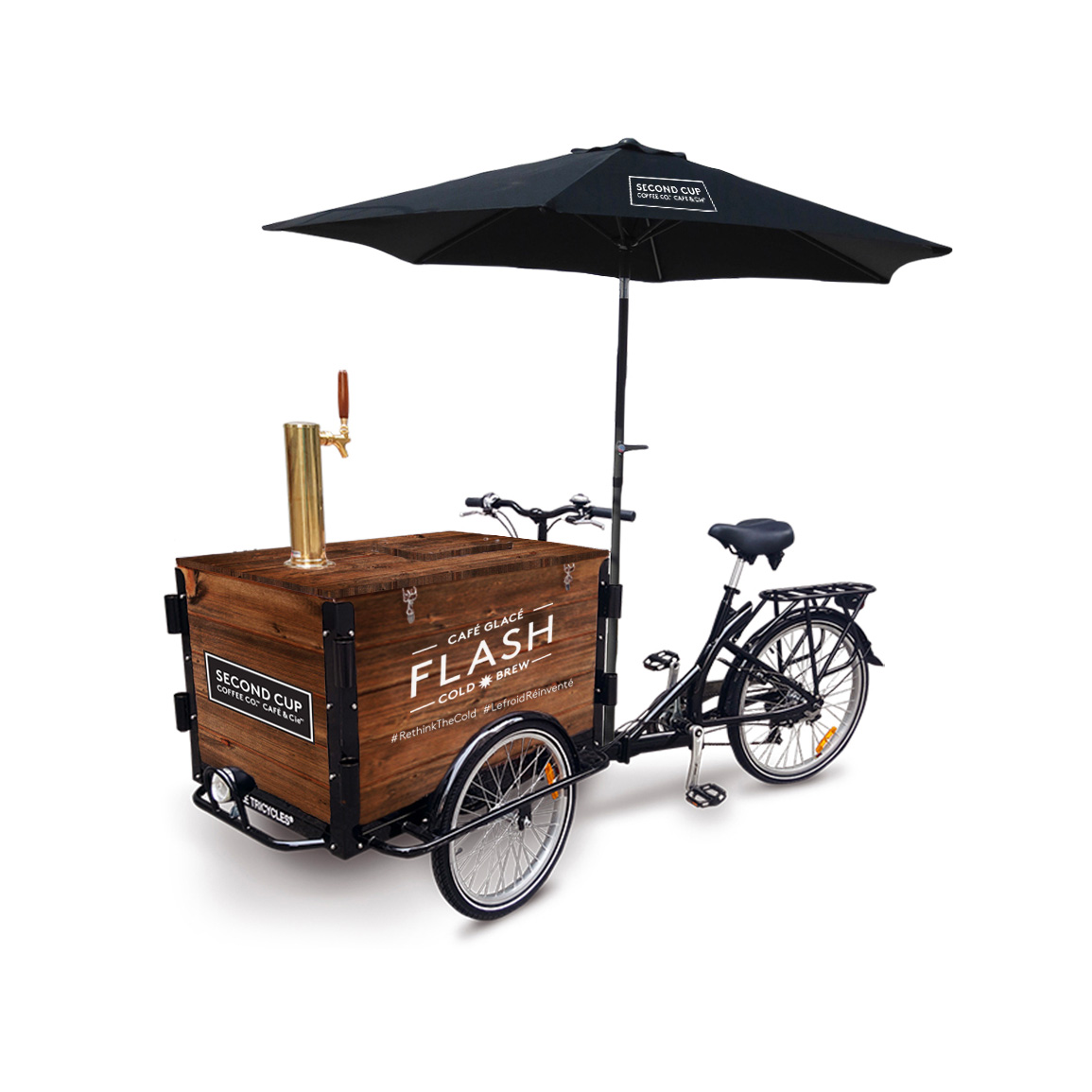 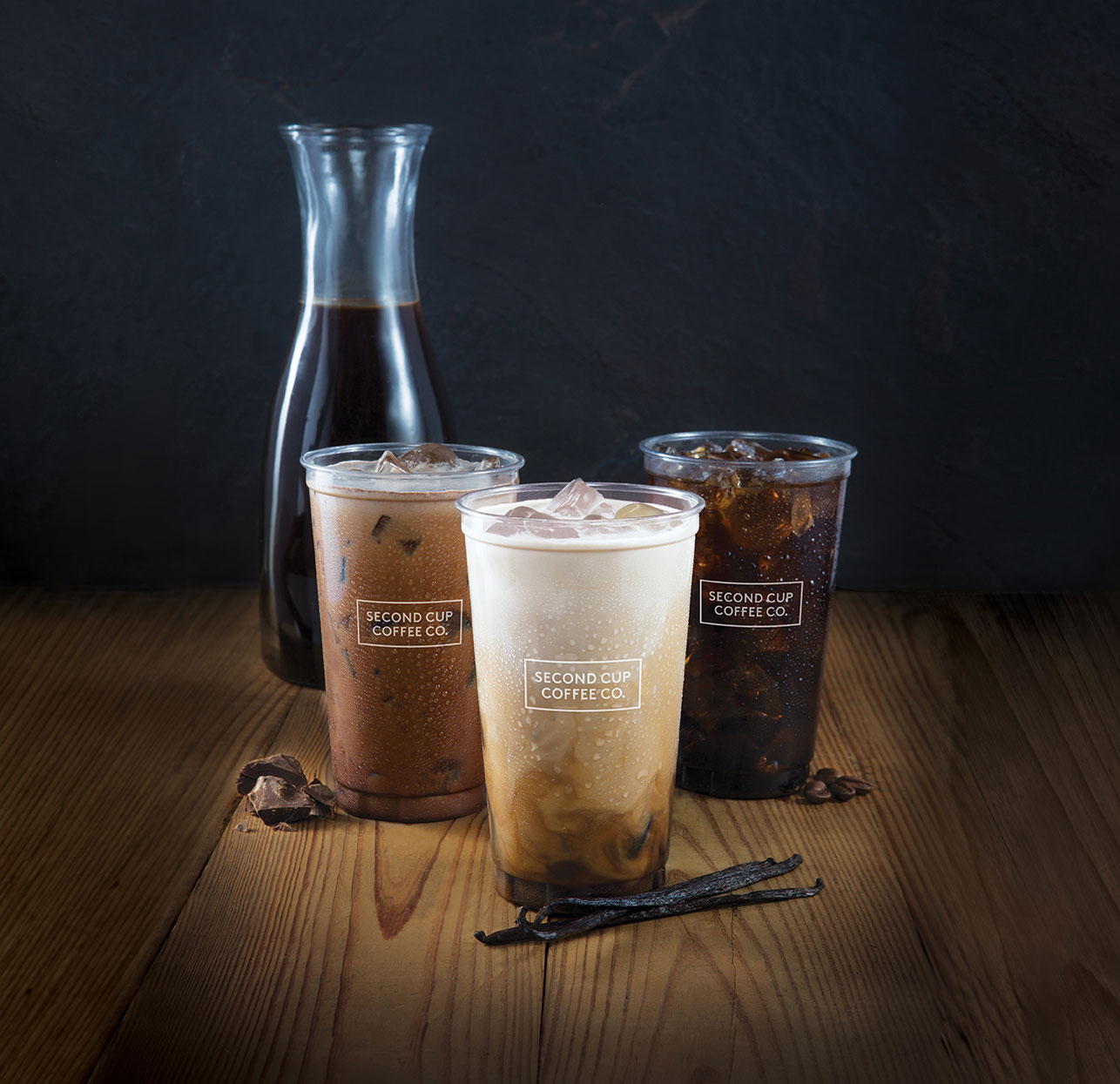 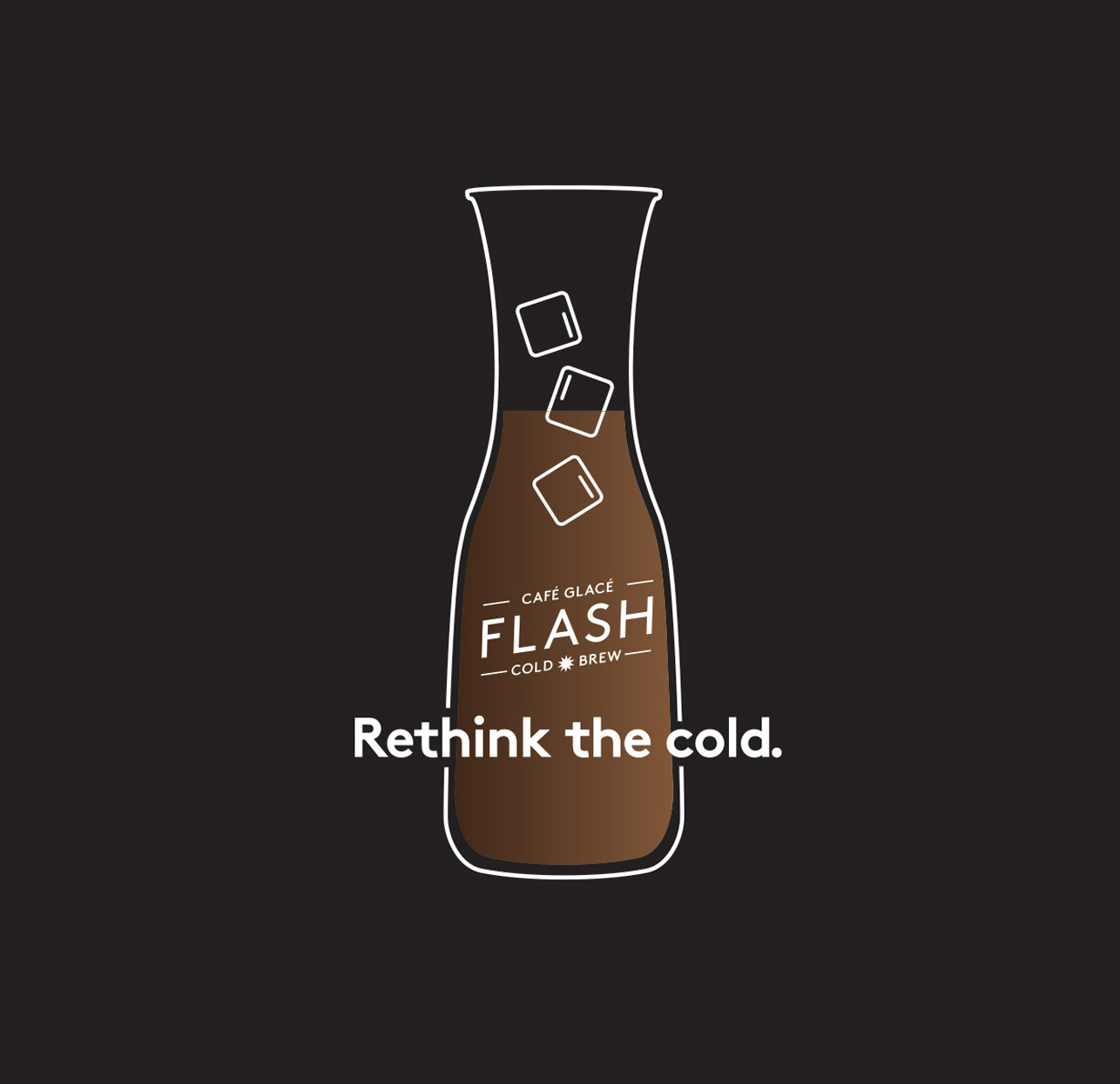